Slaviša Jokanović (Novi Sad, SFR Yugoslavia, 16 August 1968). Currently the head coach at Dynamo Moscow, Jokanovic has enjoyed a number of significant successes during his managerial career, including two Premier League promotions, secured with Fulham and Watford, in which he showcased all of his coaching prowess. He also guided Maccabi Tel-Aviv into the Champions League and has occupied the dugout at both Sheffield United and Qatar Stars League outfit Al Gharafa. During his playing days, the Serbian made his mark during spells with Oviedo and Tenerife and lifted the league title with Deportivo La Coruña. 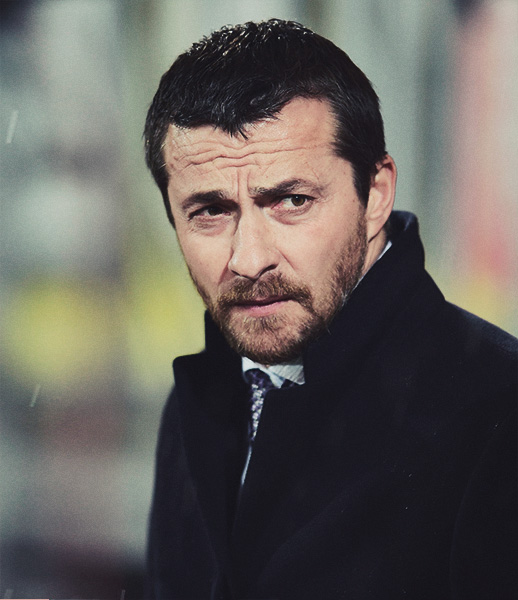 Johan Jordi Cruyff (Amsterdam, Holland, 9 February 1974) serves as the sporting director at FC Barcelona. Previously he managed Chongqing Dangdai Lifan and Maccabi Tel Aviv, a position he took up following a five-year stint as the club's director of football, and also he was the manager of the Ecuadorian national team. During his time in Israel, Jordi has enjoyed much success, with his spell at Maccabi having yielded three league titles, a domestic treble and Champions League qualification. 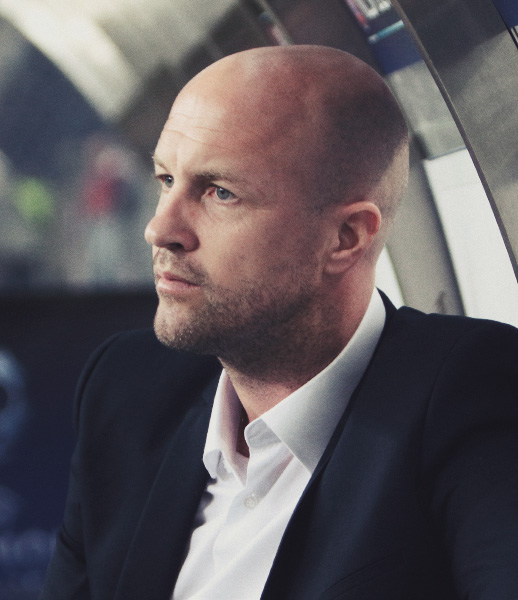 Bojan Krkic (Linyola, Spain, 28 August 1990). He boasts a curriculum that features clubs of the standing of FC Barcelona, AS Roma, AC Milan, AFC Ajax and Stoke City, as well as an enviable trophy haul. During his loan spell at Mainz 05 during the 2016/17 season, Bojan became the first Spaniard to have scored in all four major European leagues. Besides, he featured in a third continental competition in three diferent continents (european, american and asian). 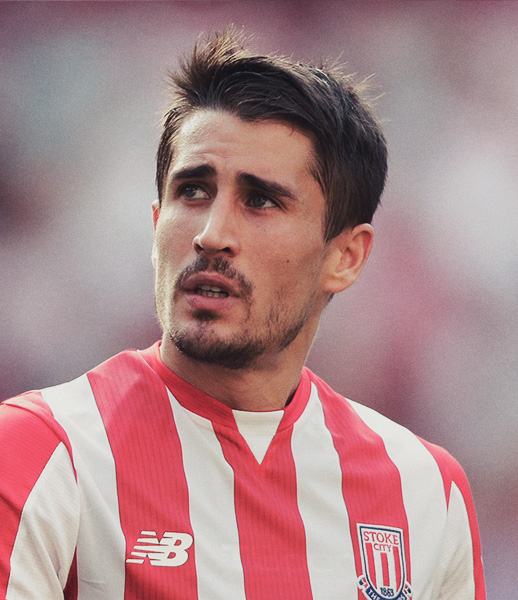 José Salomón Rondón (Caracas, Venezuela, 16 September 1989). Nicknamed the Gladiator, the powerful hitman has plundered more than 200 goals in his football career during stints at UD Las Palmas, Málaga CF, FC Rubin, FC Zenit, West Bromwich Albion, Newcastle United, Dalian Pro and CSKA Moscow, being handed the prestigious number 9 shirt at both English clubs. Also, he is is the Venezuela’s all-time top goalscorer. He is currently the star man at Everton. 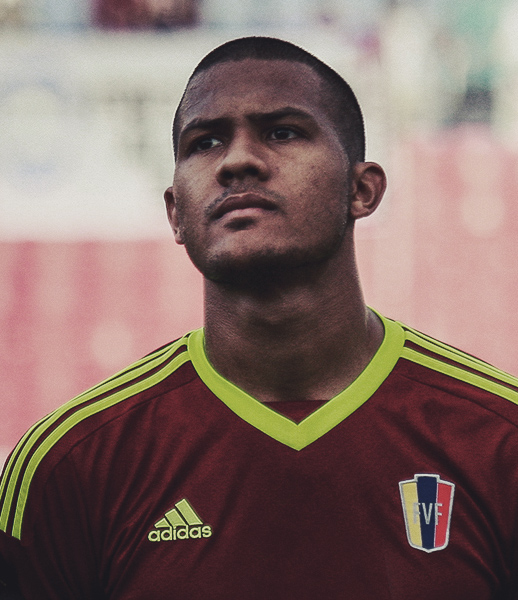 Aitor Karanka (Vitoria, Spain, 18 September 1973), one of Spain's brightest coaching talents. He manages Maccabi Tel Aviv, and before he was the manager of historical clubs Nottingham Forest and Birmingham. He played an instrumental role in securing Middlesbrough's return to the Premier League ahead of the 2016/17 season. He also coached Granada. Previously, he coached the Spanish national team's youth sides and was assistant to José Mourinho at Real Madrid. During his playing days, Aitor turned out for Athletic Club and Los Blancos, with whom he lifted the Champions League in 2000. 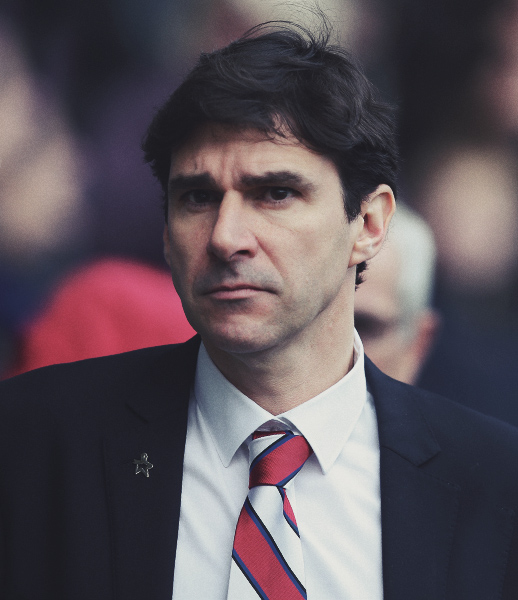 Guillermo Alfonso Maripán Loayza ( San Miguel, Chile, 6th de May 1994) is one of the most highly rated defenders in the modern game, he was named the Best Chilean Player of the 2020/21 season by the CIES Football Observatory. In addition, the five goals he scored last term made the commanding stopper one of the most prolific centre- backs across the major leagues as his Monaco side secured a Champions League spot and reached the French Cup final.He established himself as one of the standout performers in the French top tier and earned a spot in the Ligue 1 Best XI in that season. Before marshalling the Monaco backline, he dazzled for Alavés and Universidad Católica. He is also a mainstay of the Chilean national team. 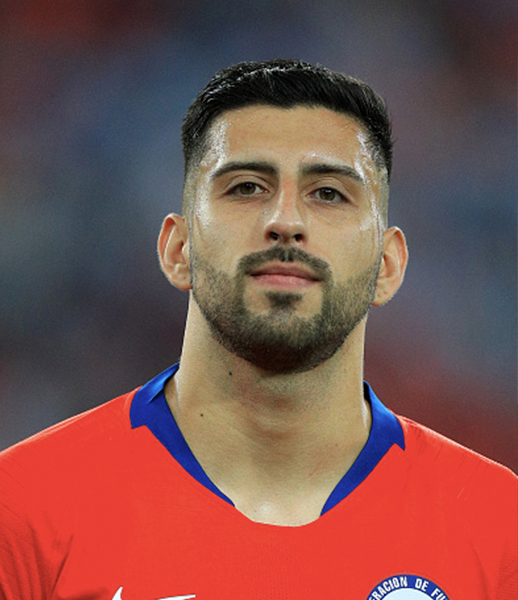 Laureano Bisan Etamé-Mayer (Kribi, Cameroon, 19th January 1977). Lauren played as right-back for Arsenal's record-breaking Invincibles side. He lifted the African Cup of Nations twice with Cameroon and won a gold medal at the Sydney 2000 Olympic Games. He is currently an Arsenal ambassador and works as a commentator and FIFA technical expert for talent development . 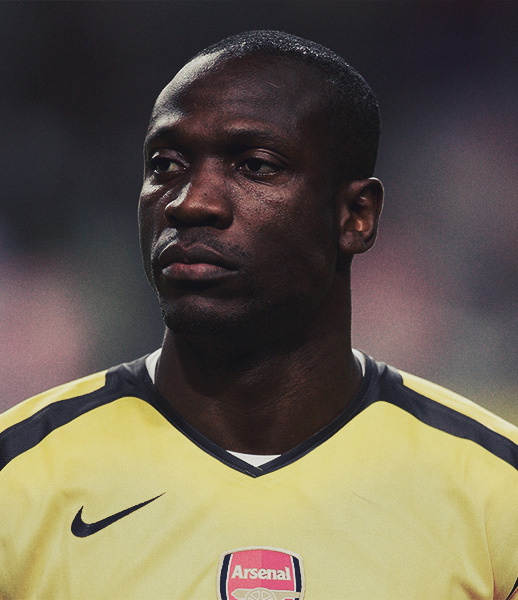 Carlos Carvalhal (Braga, Portugal, 4 December 1965) is one of the leading names in the successful school of Portuguese coaches. In addition to the vast experience acquired in his homeland at Leixoes, Vitoria Setúbal, Os Belenenses, Braga and Sporting CP, his impressive CV features stints in charge at Beşiktaş, Sheffield Wednesday and Swansea, amongst others. Following a richly successful tenure at Braga, where he steered the team, who were the surprise package in the Primeira Liga, to Taça de Portugal glory, he sought pastures new and was appointed by United Arab Emirates side Al Wahda FC. He is currently head coach at Celta Vigo. 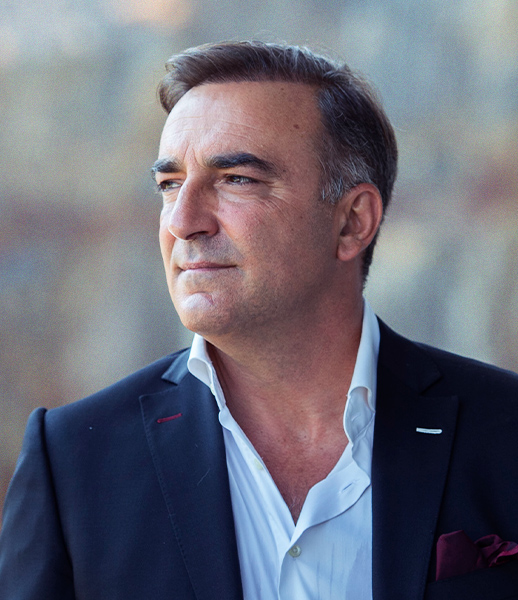 José Gomes (Matosinhos, 28 August 1970) is one of the most promising up-and-coming Portuguese coaches in the game. He has strong experience as a manager in his own right after spells with SD Ponferradina, Almería, Reading, Portugal’s Rio Ave and Hungarian side Videoton. Prior to that, he served as assistant manager at Porto, Málaga and Panathinaikos, where he also spent a period in charge of the team. 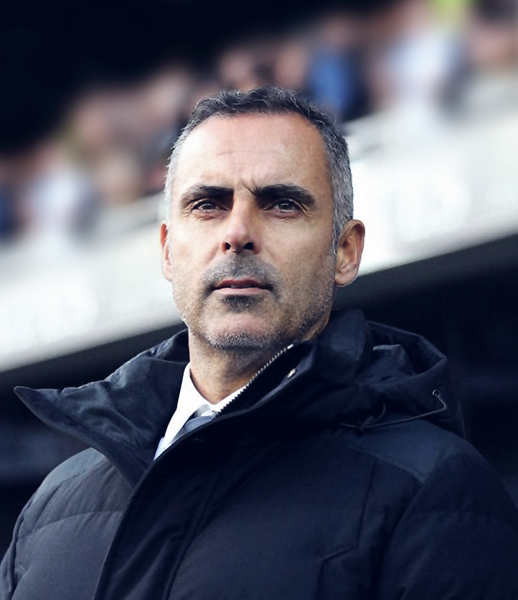 Ricardo Rodríguez (3 April 1974, Oviedo) was claimed the J.League Manager of the Season award in 2021. He is the head coach of Japanese outfit Urawa Red Diamonds, where he won the the Emperor’s Cup and the Japanese Super Cup, as well as competing in the AFC Champions League final, which represented a great achievement for one of the Asian nation's most storied and best supported clubs. He previously managed Tokushima Vortis, who he guided to promotion from the J2 League in 2020. In his previous positions, he occupied the dugout at Girona and served as Málaga’s director of football, whilst he was also director of Real Madrid’s football school in Mexico. He has also coached teams in Thailand and Saudi Arabia during his career. 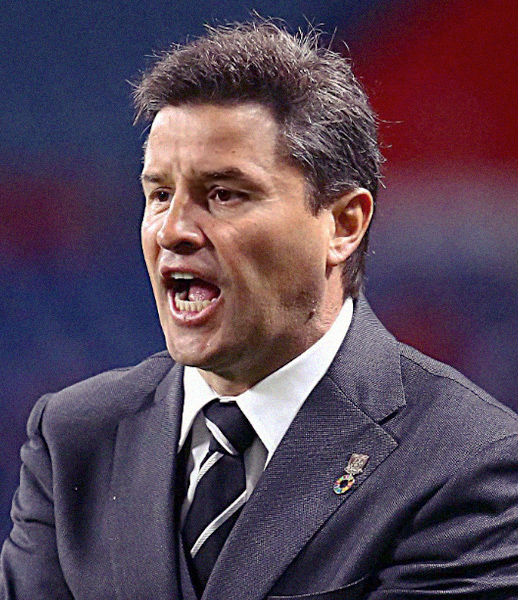 The Johan Cruyff Foundation: founded in 1997 by Dutch footballer and coach Johan Cruyff, the organisation supports and runs sports projects for children in need throughout the world. Through its Cruyff Courts and Patio14 initiatives, the Foundation creates safe spaces that allow the youngest members of our society to develop. 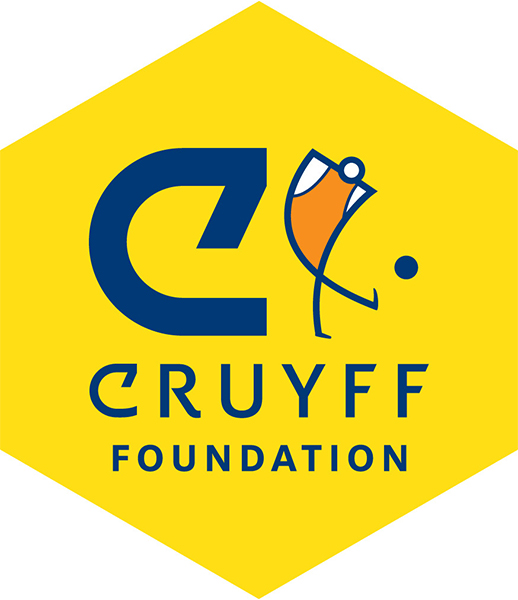 Miguel Layún (Córdoba, Mexico, 25 June 1988) is one of the best Mexican footballers of his generation. Currently at Rayados de Monterrey after having spent time at Villarreal, and before at Sevilla on loan from Porto, he boasts strong experience in the European game after having also turned out for Watford and Atalanta. In his homeland he played for Veracruz and Club América, with whom he twice tasted Liga MX glory. A Mexican international, he represented El Tri at the 2018 Russia World Cup and the tournament's 2014 edition in Brazil. He was also a member of the Mexico squad at the 2013 and 2015 editions of the CONCACAF Gold Cup, claiming a winners' medal in the latter tournament. 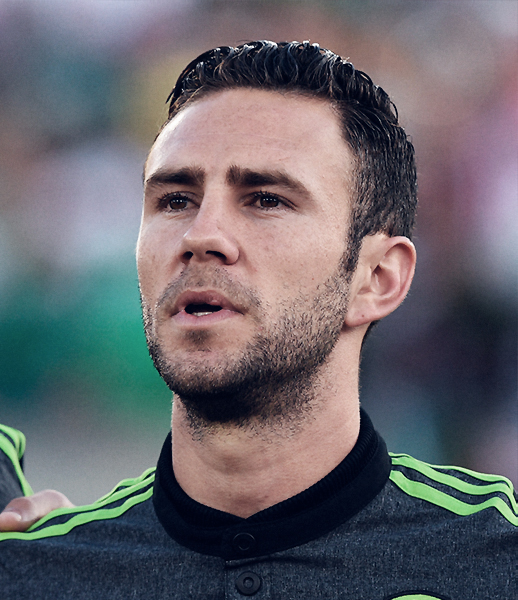 Pedro Gómez Carmona (Vitoria, 7 June 1982) is one of the most promising Spanish coaches in the game. He managed Bahraini outfit East Riffa Club, who he led to Federation Cup glory in January 2019. Before, he was appointed manager at Portuguese side Estoril aged just 33. He has also previously served as director of football at Real Murcia and was part of the backroom staff that led Spain to World Cup success in 2010. During the course of his career he has worked at a number of clubs, including Real Betis, Valencia CD, Al-Hilal (Saudi Arabi) Baniyas and Al Wasl (United Arab Emirates), as well as the Bahraini national team. 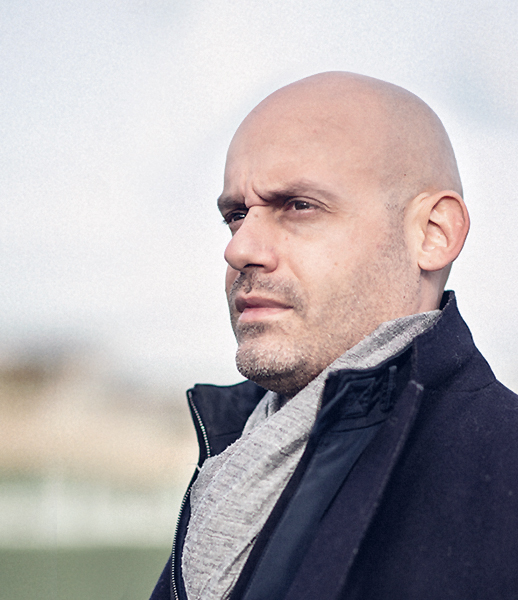 Juan Antonio Pizzi (Santa Fe, Argentina, 7 June 1968) is a coach with impressive pedigree. During his managerial career, he has led Chile to Copa América Centenario glory, whilst he guided Argentina's San Lorenzo de Almagro to the Torneo Inicial title and Chile's Universidad Católica to the domestic crown and also enjoyed a spell in charge of Valencia CF & Saudi Arabia national team. In his playing days, he turned out for FC Barcelona, Valencia and CD Tenerife, amongst others, whilst earning a number of caps for the Spanish national team. 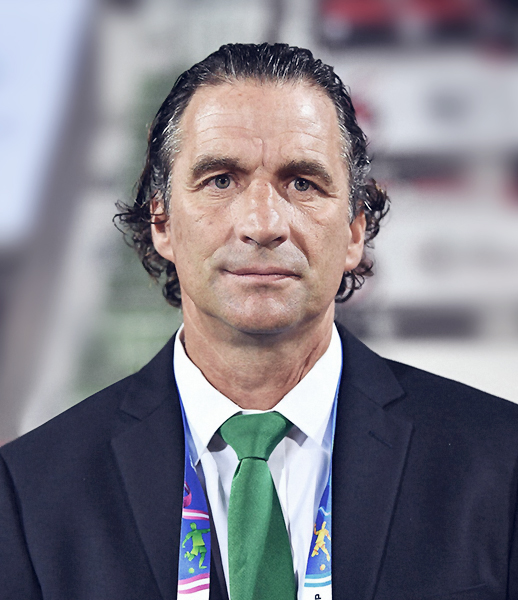 Pako Ayestarán Barandiarán (Beasáin, Gipuzkoa, Spain; 5 February 1963) is a coach with extraordinary tactical knowledge who boasts a lengthy and successful track record after having managed several clubs. He guided Maccabi Tel Aviv to their first-ever domestic treble and lifted the Champions League with Liverpool, whilst also having enjoyed spells at the helms of Las Palmas, Valencia, Estudiantes Tecos and Santos Laguna. In May 2018, Pako was appointed manager of Pachuca, the oldest club in Mexican football. 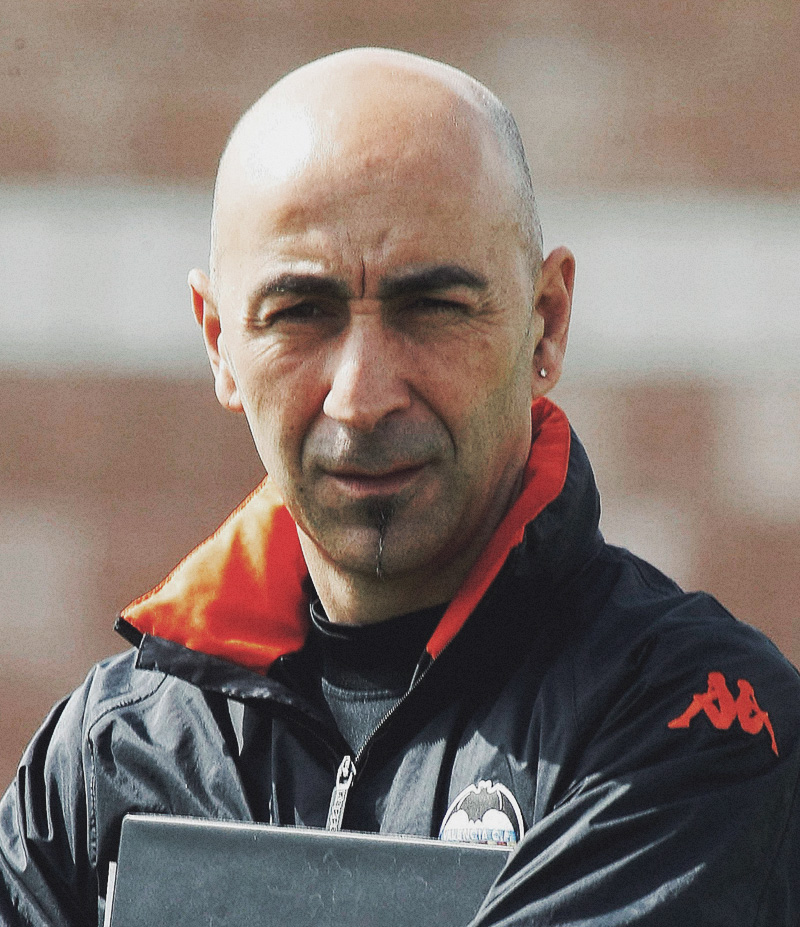 Garry Monk (Bedford, England, 6 March 1979) is a young English coach with a great future ahead of him. When aged just 35, he went from captaining Swansea City to become the Swans' head coach, leading the Welsh outfit to a club-best eighth-place finish in 2014/15 Premier League season. He has also managed Middlesbrough and Leeds United, who he guided to within touching distance of the Championship play-offs despite working to a budget which was far from being amongst the biggest in the division. Following a spell in charge at Birmingham City, he currently manages Sheffield Wednesday. 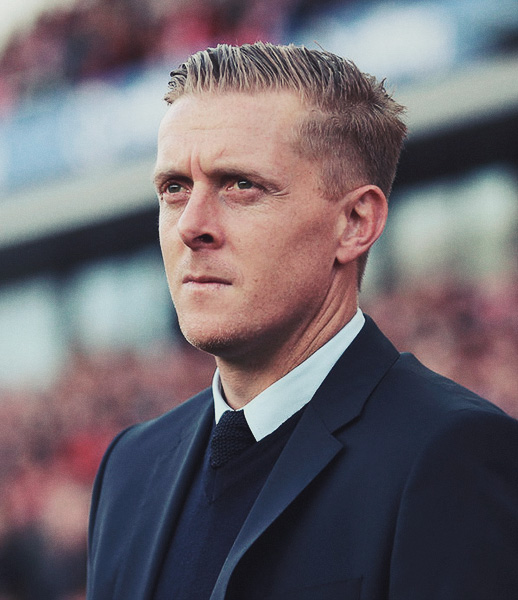 We work with top professionals from within the football industry who are fully aware of the need for tailor-made professional advice when it comes to promoting their public image.

We use our own and third party cookies. You can adjust your cookie preferences (including their deactivation) or accept them all.
They allow the user to navigate through the website and use the different options or services. These cookies are necessary for the operation of the web.
They allow the number of users to be quantified and thus carry out the statistical measurement and analysis of the use and activity made by the users of our website.
They store information on the behavior of users obtained to display advertising based on it.